This well-known work by one of our great masters of painting has been included in the Latvian cultural canon, where it is described as follows: “Janis Rozentāls’ painting From the Church is a salient and multi-layered depiction of the life of the Latvian people, which exemplifies the 1890s, a period when national self-awareness was growing among the Latvian people. With this work, the artist initiated a new tradition in Latvian painting by placing farmers and the lives of simple folk centre stage for the first time.” In creating a spatial interpretation of the painting’s figures, the sculptor has remained utterly faithful to Janis Rozentāls’ original work. From then on, people had the opportunity to not only imagine themselves in the world of that time, but to actually become part of the work of art themselves. The newly created sculptures have been installed outside St. John’s Evangelical Lutheran Church in Janis Rozentāls’ native town of Saldus, which is also depicted in this famous painting. Concept author, Head of the Saldus District Construction Authority, Ingrīda Andersone. Architect Aigars Andersons. Many thanks to Saldus District Council for its visionary attitude towards its town. We would also like to thank the philanthropists who have kindly supported this project. 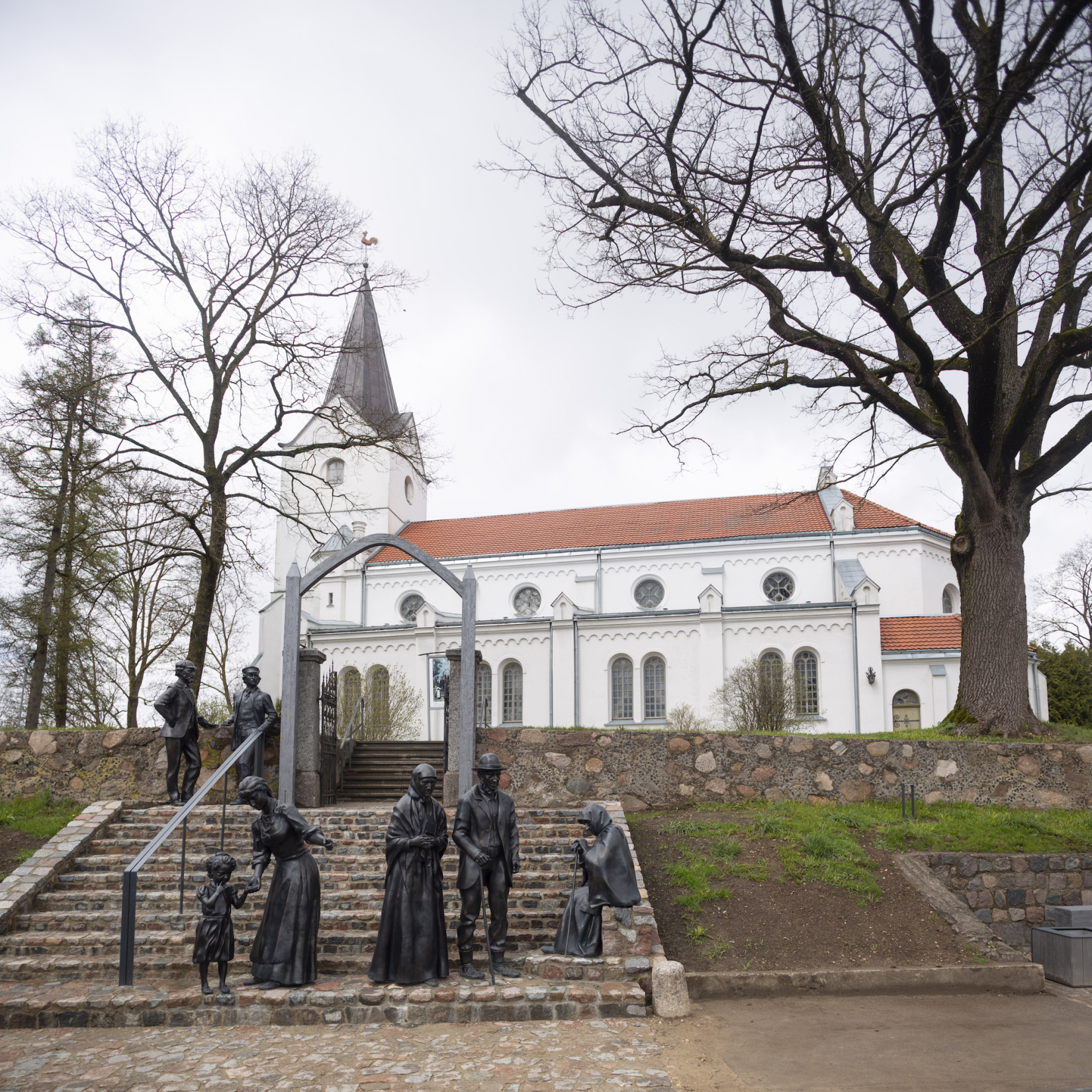